In two days, the Dayton Police Department will open a new center that provides domestic violence victims and their families with a much warmer, inviting and supportive environment than the police station.

The new Family Justice Center is a “one-stop shop” for victims and survivors that offers access to a variety of services and resources at one location.

Traumatized victims shouldn’t have to make multiple trips or stops to be interviewed by police and prosecutors, obtain a protection order, meet with victim advocates, develop a safety plan and receive other assistance, said Dayton police Major Brian Johns, commander of investigations and administrative services.

The new center brings all of those services under one roof, and that “hopefully will increase prosecution and involvement in the system,” Johns said. “We want to be here to help in any way possible.”

Family Justice Centers, which have opened in communities all across the nation and are considered a best practice, have been credited with increased prosecution of offenders and increased community support for victims and their families, according to the U.S. Department of Justice. 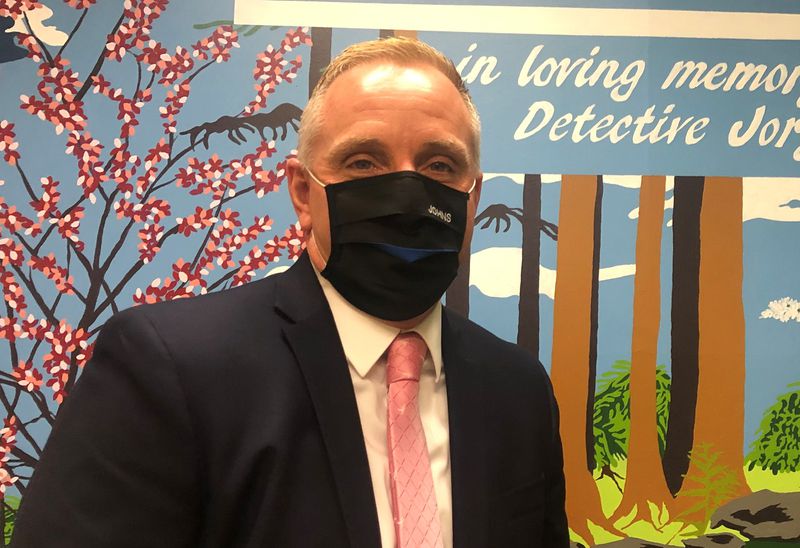 The new Family Justice Center opens to the public on Monday in formerly vacant office space in the downtown area.

The center’s location is not being identified to protect victims.

The center is home to the police department’s domestic and intimate partner violence unit, which became its own standalone unit last year following a reorganization, said police Sgt. Roberta Bailey, supervisor of the team.

The new center will serve victims of felony acts of domestic violence and intimate partner violence, Bailey said, and the goal is to soon open it up to victims of similar types of misdemeanor crimes as well.

Next year, police also hope that sexual assault victims will begin going to the center.

The new center will have wrap-around services that try to help survivors who are scared and don’t know what to do and don’t know how to get out of their situations, officials and advocates said.

“We want to bring most of the services to our victims, to eliminate having to travel to multiple locations,” Bailey said. “That will help to keep them on board through the prosecution of their cases.”

Family and intimate partner abuse and violence often is extremely traumatic, police said, and victims shouldn’t have to tell their stories multiple times to different agencies and groups.

Police hope the center will lead to less trauma for victims, especially if they are not required to recount painful and upsetting incidents over and over again.

Protection orders can prevent future harm to survivors, officials say, and simplifying the steps needed to obtain orders, gather evidence, prosecute offenders and access services increases the likelihood that victims will decide to continue to participate in the criminal justice process. 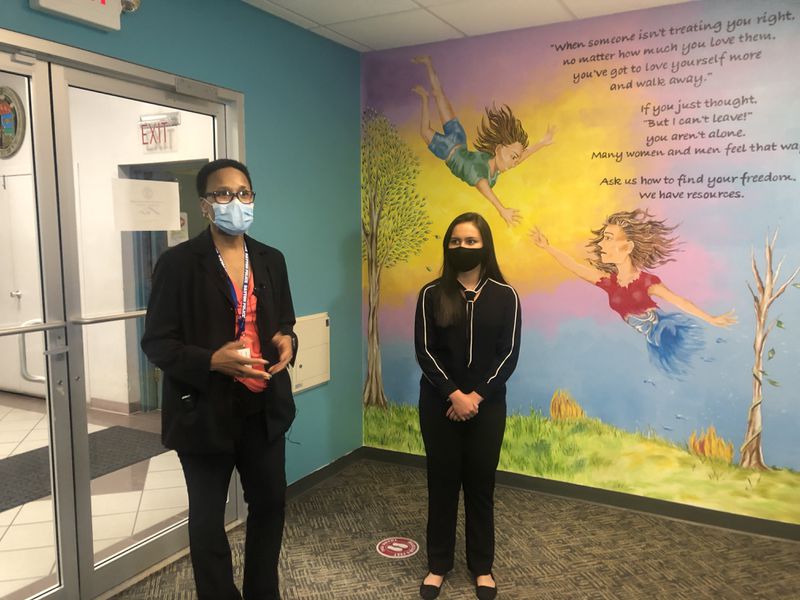 The new center has colorful murals in the lobby and in a new child’s play area. The mural in the kids section was donated by the DEA to honor Detective Jorge Del Rio, who was killed in the line of duty last year.

The children’s area also has video games, toys, tablets and other entertainment.

Previously, victims had to visit the city’s public safety building and wait in the lobby.

Children often were in the room when victims were interviewed, if no officers were available to look after them.

The safety building is a pretty “cold” and “unfriendly” environment, and the new center is kid and family friendly and eliminates barriers to prosecution by having all the services and resources in one place, said Jane Keiffer, executive director of Artemis Center.

Artemis Center and the YWCA Dayton will have advocates at the Family Justice Center. Artemis provides crisis intervention and safety planning.

“The victim is the expert in their situation, so we’re going to support them in what they want to do,” she said.

Nationally, domestic violence offenders are arrested or charged in about 2 out of every 5 incidents reported to police, either during the initial police response or during follow-up, according to the survey data from the Bureau of Justice Statistics.

During the pandemic, calls to the YWCA’s domestic violence hotline have decreased but there has been a sharp increase in calls where there is a risk of death, said Michelle Sayer, clinical director with the YWCA Dayton.

“We are getting three times as many calls that are classified as an emergency situation where we have to get someone out of the situation they are in immediately,” she said.

The YWCA Dayton will have an advocate at the center that helps survivors navigate the criminal justice system and take steps to recover from the trauma of their experiences, she said.