Current Status
Not Enrolled
Price
25
Get Started
Take this Course

As a medical professional, you may encounter patients like “Tanika,” a nurse who was strangled by her husband in San Diego. Tanika presented to a California emergency department six days post strangulation at the urging of a San Diego Police Department domestic violence detective. Tanika reported that she had been placed in a “choke hold” and may have lost consciousness. What would you do if you saw Tanika?

She had no evidence of external neck trauma, had no difficulty swallowing, and was essentially asymptomatic as six days had passed from the strangulation. The detective had received training from the Institute on the unseen dangers of neck compression and the need for radiographic imaging of neck vessels post strangulation.

The emergency physician appropriately ordered a CTA. The radiologist soon notified the physician that Tanika had bilateral carotid dissections.She was anticoagulated for 9 months and survived without any morbidity. Had the emergency physician failed to order this life-saving CTA and discharged her home because she had no visible neck trauma and was asymptomatic, Tanika would have likely suffered a major stroke and may have died.

This 60-minute course is recommended to help doctors and medical professionals understand the incredible significance of handling cases where a victim has been strangled as well as how laws like EMTALA impact these cases. These cases are being mishandled in many places; this grand rounds will teach doctors what they need to know about treating these patients.

Attendees of our training learn: that doctors may not receive training on how to evaluate victims who say they have been choked; it is important to understand how to treat these patients and evaluate for internal injury; an overview on the physical mechanics of strangulation and structures of the neck.

Outcomes include: an increased awareness in victims presenting with strangulation; improved medical evaluation of strangulation. 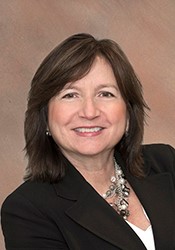 Strangulation_What every nurse must recognize

Grand Rounds – One Day Training
What Every Physician Needs to Know – Quiz
Login
Accessing this course requires a login. Please enter your credentials below!
Lost Your Password?